Welcome to our online mini-store.

Learn more about us at our brick and mortar website CharlesNusinov.com

Charles Nusinov & Sons was founded in 1923 by Charles Nusinov, a Ukrainian immigrant, arriving in Baltimore via Buenos Aires. Charles, trained as a jeweler in his native Ukraine, was a master craftsman and diamond setter. The business grew from humble beginnings in the East Baltimore Street area and eventually encompassed several properties in the area of Baltimore and Eden Streets. A true family business, the store expanded with the help of Charles’s three sons: Nathan, Sam, and Bob, who later brought in their sons.
By the mid ’60s Charles Nusinov & Sons had become a Baltimore tradition. The family decided to develop a store catalog as a marketing tool and further expansion took place. The business relocated to 6635 Belair Road in Northeastern Baltimore City in 1973 after the passing of Charles in 1968, along with the decline of the East Baltimore neighborhood and parking problems.
During the period from 1973 to 1980 Charles Nusinov & Sons operated as a catalog showroom competing with the likes of W. Bell & Company and Best Products selling appliances, TVs, and radios as well as jewelry. Sales had gone over the $3 million mark annually and the number of employees reached a high of 47. In 1980, however, a decision was made to eliminate the catalog and return to what we did best: The sale and repair of jewelry.
The store went through a major remodeling in 1983. The showroom was reduced and modernized. Emphasis was made to have Baltimore’s largest selection of jewelry. Our unique ability to repair and restore jewelry as well as manufacture jewelry was promoted.
In October 1985 Hurricane Gloria did severe structural damage to our building, closing our doors for 21 days and almost crippling the family business forever. The opening of a bingo hall next door, which severely hurt our evening business by restricting parking was another blow. 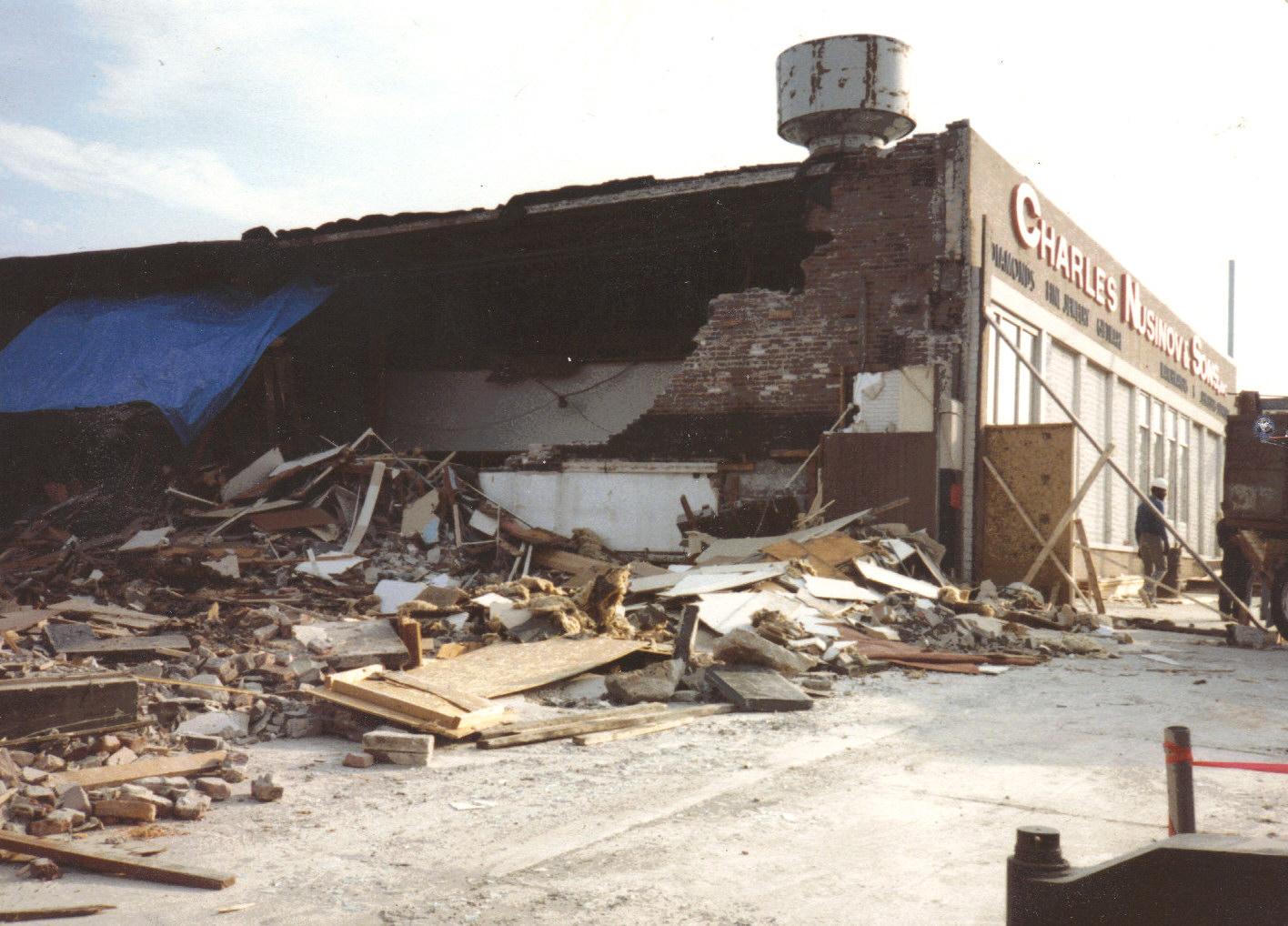 The family eventually came to realize the business needed to control its own destiny with its own building in a new location. After a year’s search, the perfect location was found by Beltway Exit 30, Perring Parkway. This location provided a year-round permanent “billboard” and a central, easy-to-find location and ample parking. Each day 140,000 cars pass the store’s facade off 695. This new store has been our present and only location since July 1990, where Charles Nusinov & Sons is the anchor tenant in Nusinov Plaza on Satyr Hill Road. 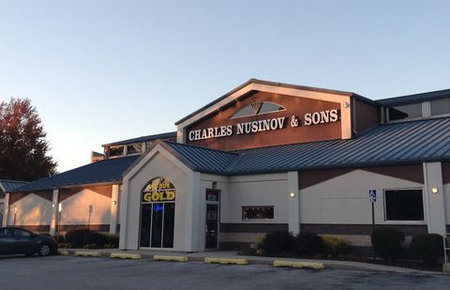 Today, Donald Nusinov, the grandson of Charles, is the President and his sons Sydney and Alan Nusinov are following in the family’s footsteps.

Enter your email address below to sign up for updates.